<--
This message is only visible to admins.
Problem displaying Facebook posts. Backup cache in use.
Click to show error
Error: Error validating access token: The session has been invalidated because the user changed their password or Facebook has changed the session for security reasons. Type: OAuthException

Essential Tools to Catapult your Teaching Business to Higher Revenues
The PGTAA has arranged discounts for you should you avail yourself to our preferred vendors. 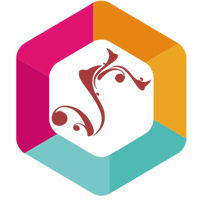 Special PGTAA pricing for all your teaching & training aids. 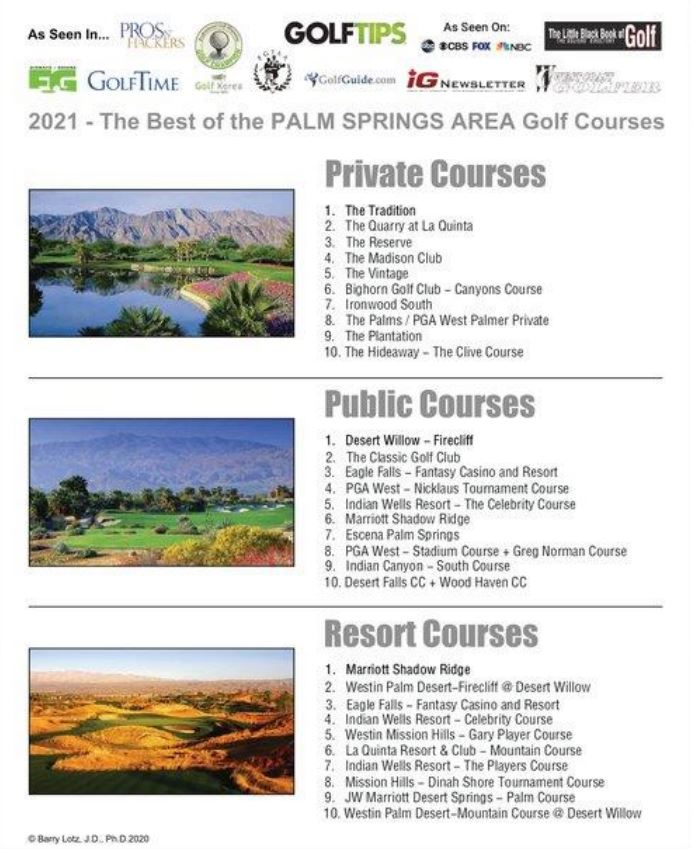 When the cold weather begins in Canada, thoughts return to the Coachella Valley and the Desert Classic, Farmers Insurance, Genesis Open, ANA Inspiration and the Waste Management Golf Tournaments.

These four tournaments attract droves of golfers, and especially Canadian golfers. For the PGA Tour player, especially those who earned the 50 PGA cards in 2019, an early start offers these players opportunities to get off to a quick start in their careers.

Canadians not only are avid golfers, but also comprise many of the homeowners throughout the Coachella Valley (Palm Springs to Coachella), Phoenix/Scottsdale and San Diego. Then, of course, the weather for these “Snow Birds”, is the main reason for their presence. And how can you complain about beautiful golf courses that meander through stunning desert landscapes and sit atop ocean-side cliffs and host Major Tournaments?

The Coachella Valley is by far the most popular area for the Canadians. Affordable housing and upscale golf communities, great hotels, plus the 100+ golf courses, are the main attractions.

Golf courses in the desert are experiencing far more play than last year, home rentals are reasonably priced and the desert’s reputation, particularly for golf and weather, plus the Desert Classic Tournament, have attracted more people to desert courses than in recent years.

So let’s talk about the golf tournaments that attract not only the Canadians, but locals and coast cities’ residents to these events as well. Many Canadians volunteer for all 4 of these tournaments and the “eh,” “aboot” (about), Ays are ubiquitous at all venues.

The American Express Tournament, January 16 -19, 2020, formerly the Desert Classic, continues to flourish and each year the field gets stronger, and the organizational aspects more consistent, which leads to higher attendance. With the addition of American Express’s sponsorship this year, the field should definitely improve and puts American Express as one of the two biggest names for sponsorship on the West Coast swing. 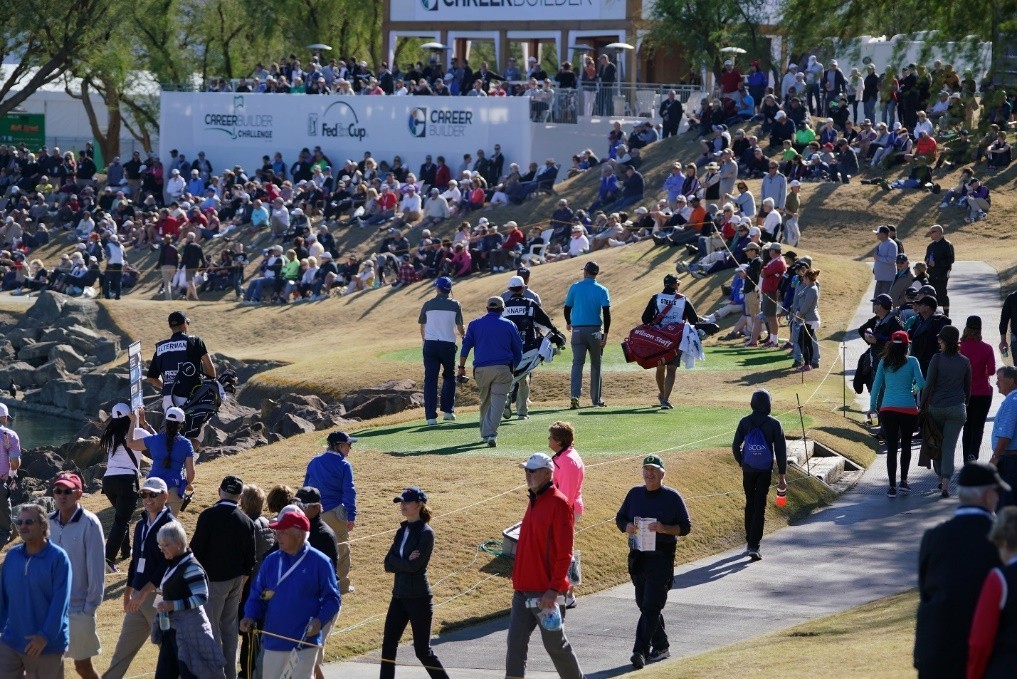 Part of the reason for the past increased attendance are Lagardere Sports and their very progressive approach to admission.

The paying visitor now has an all-access, all-inclusive ticket for the concert and hospitality areas and to all 3 courses. Transportation to and from the 3 courses and parking area always runs smoothly all week long. The $10 parking fee is very reasonable and Uber and Lyft are also another popular option.

Players love the La Quinta Country Club (54 years and counting as a co-host) and most of the Canadians I speak to also enjoy the LQCC.

Another smart move by Lagardere will be the three local exemptions handed out for the tournament.

Tournament host Phil Mickelson always draws in fans, as does Patrick Reed and Jon Rahm. This makes for the stronger field that the tournament is attracting recently, and also because of their USP (Unique Selling Propositions) – Concerts and free access to all areas of the course. One can assume that many locals will continue to support the tournament so they can attend the free concerts offered on two separate nights.  The event’s concerts have been announced and will feature Rock and Roll Hall of Famer Stevie Nicks on Friday, Jan. 17, and country musician Luke Bryan on Saturday, Jan. 18.

With its proximity to the desert, Orange County and LA County, many Canadians make the 2 -21/2 hour drive to San Diego from the desert. As with previous visits to the Coachella Valley and the golf tournaments, accolades, envy, jealousy, weather and excitement will be the words most used by all the Canadians. Seeing Tiger play and watching Canadian players, makes their enjoyment just that much greater. Having the US Open in 2021 at Torrey Pines is the icing on the cake. 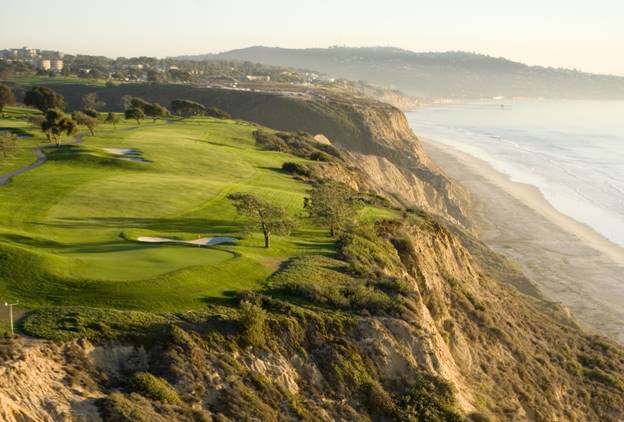 Many of the Canadians make a long week out of the Farmer’s, especially the landlocked residents of Edmonton and Alberta. Being able to play a course that is on the US Open rotation is a huge attraction, not only for Canadians, but for golfers worldwide. Next year’s tournament will see the latest additions and revisions to both the north and south courses.

There are many Canadians living in San Diego and many have businesses in Southern California. The SanDiego.org is a great connector for them.

Rest assured, the parking lots are going to be at capacity. The reason – a golfer named Tiger Woods! How great was it to finally see him back in action in 2019 especially with his historic Master’s win? The whole golf world breathed a sigh of relief when he made the cut and the crowds could not have been happier.

Tiger Woods has committed to play The Genesis Invitational in 2020 at The Riviera Country Club.

In 2016, the PGA Tour’s long-running event (the Northern Trust Open) at Pacific Palisades’ Riviera Country Club became known as the Genesis Open. Now it will be known as “The Genesis Invitational”. 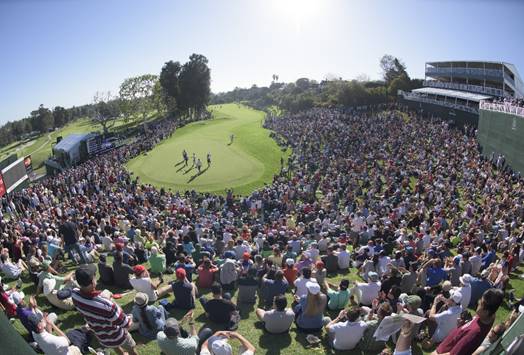 PGA TOUR Commissioner Jay Monahan recently announced that the Genesis Invitational will receive elevated status on TOUR with the implementation of several significant enhancements, beginning in 2020.

Tiger plan on being back and the fans will be out in droves. Shuttles should be jam packed every day and Uber drivers were smiling ear to ear.

The ANA Inspiration, the LPGA’s first major, takes place from April 2-5, 2020 at the Mission Hills Country Club in Rancho Mirage.

Desmond Muirhead designed the Dinah Shore Tournament Course in 1970. It has the distinct honor of being rated the No. 1 course in the Coachella Valley for many years and has hosted a Major Championship for more than 40 years. The 18th is a 646-yard par 5 with an island green, and always plays a significant role in determining each year’s champion. In 2009, Brittany Lincicome’s eagle on the 72nd hole marked the only time in history one of golf’s Majors–male or female–was won on the final hole with an eagle. 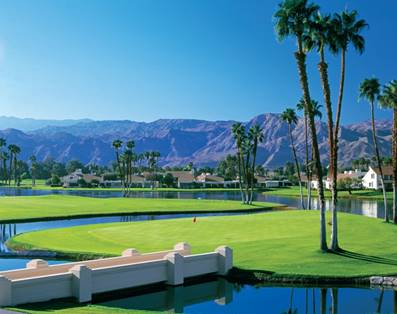 Since the first tournament in 1972 and since its designation as a major championship in 1983, the former Colgate Dinah Shore Tournament (1982-1999) and Kraft Nabisco Championship (2000 – 2014) has been one of the most popular tournaments in the desert.

Brooke Henderson, Canada’s top female player, will be in the field. Jaclyn Lee, Alena Sharp and Brittany Marchand could be in 2020’s field.

One of the biggest attractions at the tournament is the “Poppies Pond” event instituted in 2006.

“Poppie’s Pond” is named in honor of Terry Wilcox, the longtime tournament director for the Tournament who retired in 2008. The concrete-lined pool is part of Champions Lake, which surrounds the 18th (finishing) hole of the LPGA major.

Wilcox is known as “Poppie” to his seven grandchildren. The first champion to jump into Poppie’s Pond to celebrate her victory was Amy Alcott in 1988. Poppie’s Pond is 5-1/2 feet deep at the center and extends about 60 feet on either side of the bridge used by golfers to reach the island green.

The pond is maintained to a swimming pool level with a continuously replenished supply of fresh water, and is easily drainable and refillable to ensure high-quality water. Because the pond is self-contained within the lake, golf course maintenance crews are able to use chlorine without impacting the lake’s fish or birdlife. As a result, the Tournament winners do not have to worry about the quality of the water when they take the dive.

A statue of Dinah Shore near the 18th green bridge serves as the focal point for Dinah’s Walk of Champions along the lake. The statue and Walk of Champions was unveiled and dedicated to the legendary tournament hostess in 2000.

ANA was founded in 1952 with two helicopters and has become the largest airline in Japan, as well as one of the most significant airlines in Asia, operating 80 international routes and 118 domestic routes. ANA offers a unique dual hub model which enables passengers to travel to Tokyo and connect through the two airports in the metropolitan Tokyo, NARITA and HANEDA, to various destinations throughout Japan, and also offers same day connections between various North American, Asian and Chinese cities.

ANA has been a member of Star Alliance since 1999 and has joint venture partnerships with United Airlines, Lufthansa German Airlines, Swiss International Airlines and Austrian Airlines.