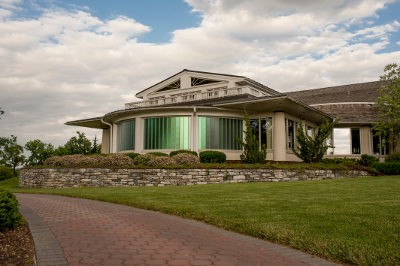 Traditions matter—the texture, remembrance and feel of them. They last forever.

The United States Golf Association has felt the pride of Lancaster Country Club in its endless efforts to keep tradition a part of their club, membership and golf course. The 70th U.S.

Women’s Open will be held July 6-12, 2015, at Lancaster Country Club. The U.S. Women’s Open is the most prestigious championship in the world on the professional women’s golf calendar.

How did this happen? Well, let us tell you.

A major course renovation was proposed, organized and completed in 2007.

The goal was to return the golf course as closely as possible to its original design and provide the golf membership with that experience round after round.

Barry Deach, USGA Championship Director, said, “The Club has done a tremendous job.” Willing to accommodate the USGA with access to the club, membership and course, the collaboration attracted business interests, local sponsors, volunteers, community leaders and support from other golf professionals in the area. It was clear from the beginning this relationship was fated.

Showing the confidence and trust in each other, the club’s membership made it clear they and the community were ready to host an event of this size and scope and put themselves on the map.

Millions of people around the world will view the U.S. Women’s Open from start to finish. The economic impact on the local and regional community is estimated to be between $25-30 million, with over 300 media members covering the event, full tournament coverage broadcast on FOX and countless international broadcast feeds.

The state of Pennsylvania has a long history of hosting women’s professional golf tournaments. The Lady Keystone Open was a tournament on the LPGA tour held in Pennsylvania from the mid-1970s to the mid-1990s.

Winners of the event include: JoAnne Carner, Jan Stephenson, Juli Inkster, Amy Alcott, Pat Bradley and Nancy Lopez. All of those players also competed in the Women’s U.S. Open in the state of Pennsylvania during the nine previous times it was held here, a demonstration of our state’s long and successful history with women’s professional championship golf.

Scott continued, “It’s a community event, it’s a central Pennsylvania event. From the very beginning, we have involved local business leaders and local political leaders in the planning process.” This event has a solid foundation locally and regionally, and it’s built on pride, tradition and respect. 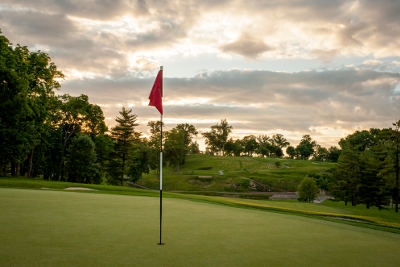 For any amateur or professional USGA event, there is one common denominator—the golf course. It must meet a long checklist of criteria: setting of the land, tradition of the design story, playability for the competitors, willingness of the course superintendent to meet USGA course specifications, acceptance of the club membership and a general feel of the community.

To be clear, the USGA has extremely high standards, and it takes a special club and golf course to meet them. Rick Gibson, PGA Head Professional and Director of Golf, said, “The impact the USGA and the Women’s Open are going to have on this community is something this community hasn’t seen before.”

Rick continued, “The biggest compliment I think the USGA paid to this golf course. The architect and the superintendent were saying they felt the event could be held tomorrow!” High praise like that from the USGA speaks to the traditions this community works so hard to preserve. 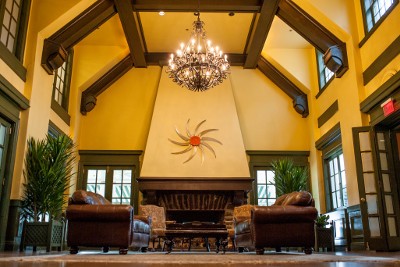 The game of golf is wonderful. It has changed so many lives in a positive way. It teaches its followers respect, honesty, good sportsmanship, love of tradition, spiritual behavior, strong character, competitiveness and belief in oneself. The USGA has all of these factors built into its foundation.

When it seeks out locations for its next events, it looks for these same factors in the selected course and club. Obviously, Lancaster Country Club has the same type of foundation, evidenced in the way everyone associated with the club has accepted the responsibilities with a quiet confidence that shows they have been ready for this, but waiting humbly for the opportunity.

Whether you’re a golf fan, play the game or know little about it, understand that this event will change the landscape of this community and beyond in a positive way forever. Be a part of it, however you can, even if it means simply sitting on your couch and watching the broadcast. It will showcase everything that’s good about this community.

What a wonderful gift and opportunity!